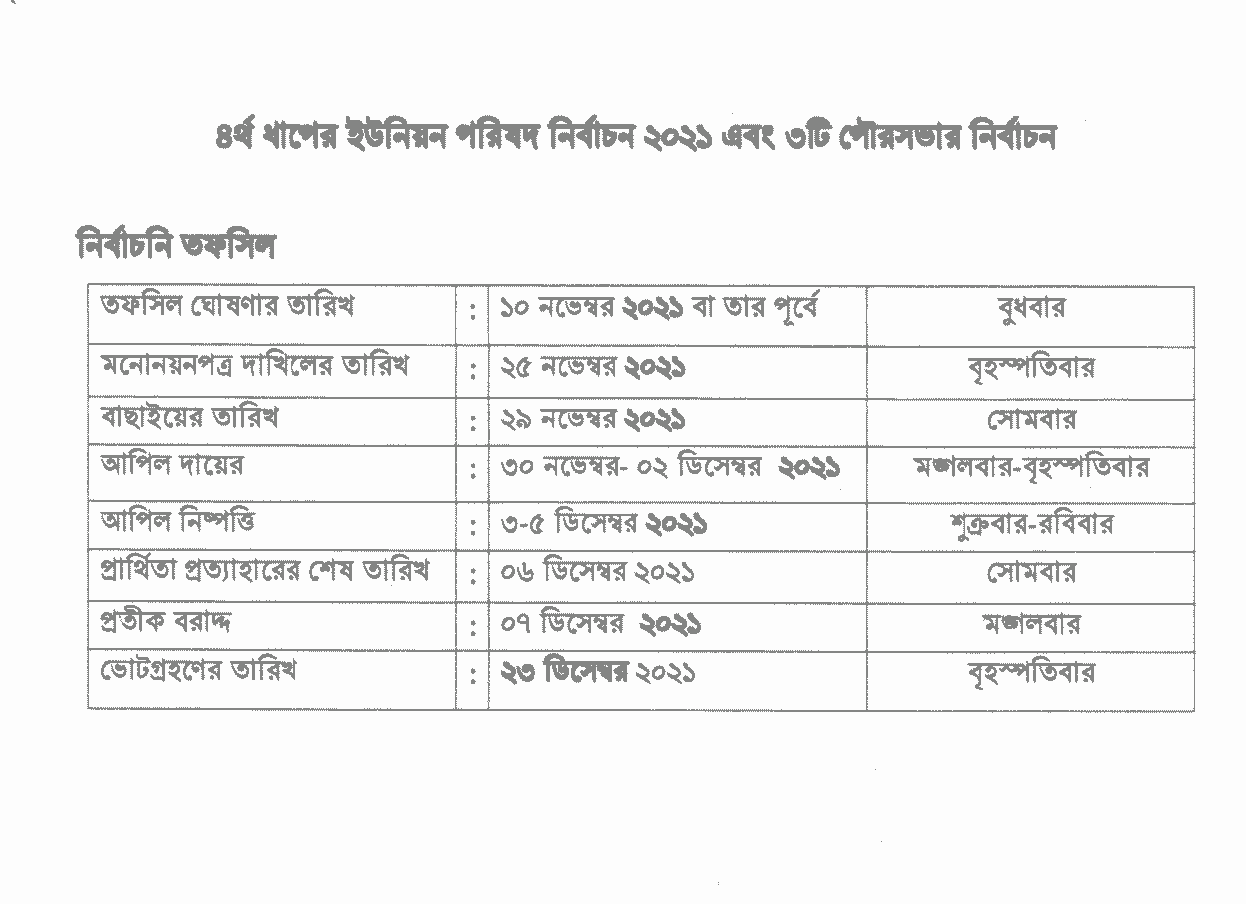 The schedule was announced after the 69th meeting of the commission chaired by Chief Election Commissioner (CEC) KM Nurul Huda. After the meeting held at the meeting room of the election building, EC Secretary Humayun Kabir said that according to the election schedule, the last date for submission of nomination papers for the posts of UP chairman, general member and reserved women member is November 25. Nomination papers will be verified and selected on November 29. According to the schedule, the valid candidates will be able to withdraw their nomination papers from November 30 to December 2. At the end of the withdrawal period, symbols will be allotted among the contesting candidates on 6th December. Voting will take place on December 23 after a two-week campaign.