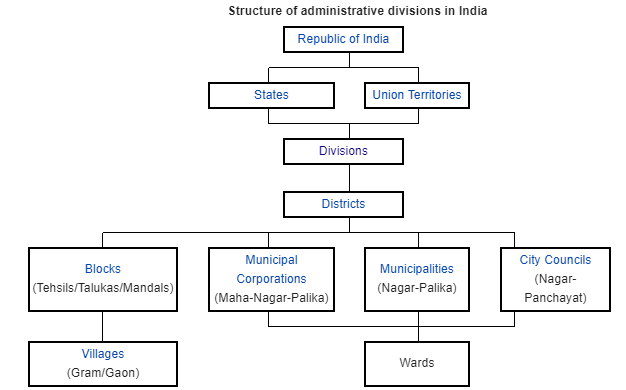 The diagram below outlines the six tiers of government

Zones and regions of India:

The states of India have been grouped into six zones having an Advisory Council “to develop the habit of cooperative working” among these States. Zonal Councils were set up vide Part-III of the States Reorganisation Act, 1956.

India is composed of 28 states and 8 union territories (including a national capital territory).