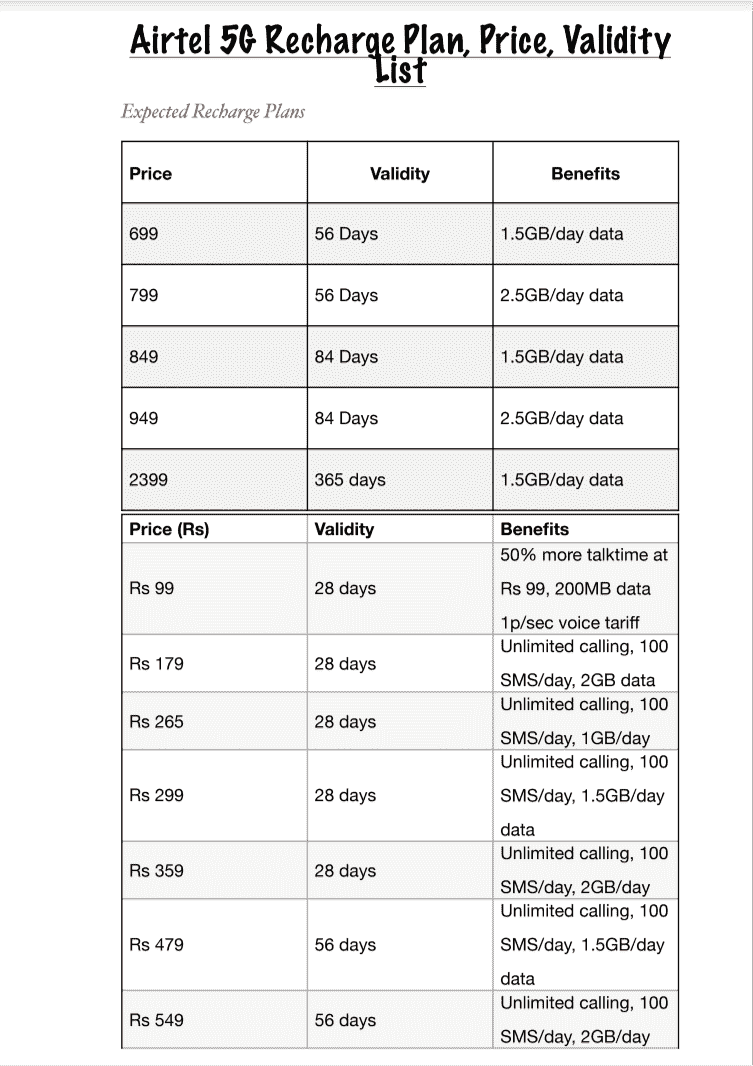 The work of launching the 5G service in India is going on very fast. In this episode, Bharti Airtel also talked about launching 5G data services in India. If you want to see Airtel 5G data Recharge Plans List, then read the article carefully.

Telecom operator Bharti Airtel has talked about rolling out 5G services in India this month. Also, the company said that by March 2024, Airtel 5G service will be available in all cities and villages of India. Managing director and CEO Gopal Vittal also said that Internet service in India is very cheap, which should be increased.

Bharti Airtel acquired 19,867.8 MHz frequencies in the spectrum bands auction held in July. 3.5 GHz and 26 GHz, bands are present. The company bought the spectrum for a total of ₹ 43,040 crores.

The company said that they did not take interest in buying the expensive and considered better 700 MHz bands. However, it requires less mobile tower installation than other bands.

Will The Price Of Airtel 5G be Cheaper than 4G Plan?

The Managing Director of Bharti Airtel said in an interview that 4G services are very cheap in India. Which should be increased. Accordingly, the company has made it clear that 5G services are going to be costlier than 4G.

Airtel demonstrated with the 5G Band Test Spectrum at the Network Experience Center in Manesar (Gurugram). In which more than 50 Concurrent Users experienced High Quality 4K Video. It had video real-time access to multiple camera angles, 360-degree in-stadia view, shot analysis, and stats. In this, the speed was 1 Gbps and the latency was less than 20 ms.