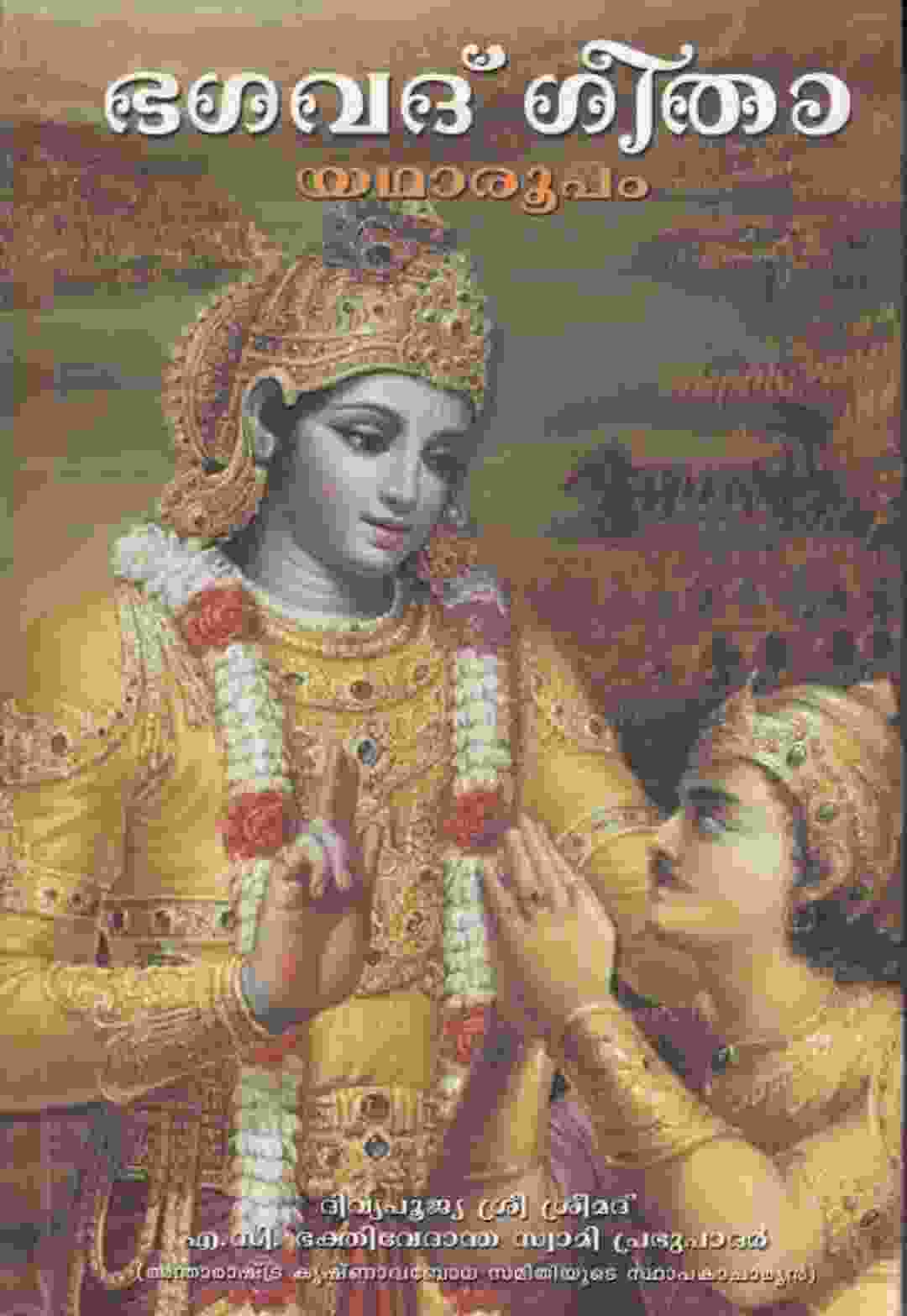 Shrimad Bhagavad Gita is the holy book of Hindus, written by Maharishi Vedavyas in Sanskrit language. It has a total 700 verses and 18 chapters. This book is read not only in India but all over the world.

Because in this book you get the principle of Dharma-Karma. And you get some other things in it, which is most important to get success.

Apart from this, through this book, you also get help in understanding the principle of life. This is the reason that it has been translated into many languages.

If you want to read Gita in Malayalam language, then click on the link given at the bottom of this article.

The exhortation given by Lord Krishna to Arjuna just before the start of the Mahabharata war is known as Shrimad Bhagavad Gita. Before the start of the war in Kurukshetra, Arjuna gives up all his weapons, and takes an oath not to fight, in such a condition when Shri Krishna sees Arjuna, and explains to him, and says that on unrighteousness You should fight this war for the victory of Dharma.

But still Arjuna does not understand the point of Lord Krishna. Later Lord Krishna gives the sermons of Gita, it is said that the teachings of this Holy Book were also done for the Sun God.

By the way, you should read all kinds of texts, because your intellect is developed by reading the texts, the Gita talks about knowledge.

Not only every Hindu, but every human should study the Gita once, because studying this book has a positive effect on you. And all kinds of negative thoughts go away.

Gita in Others Languages