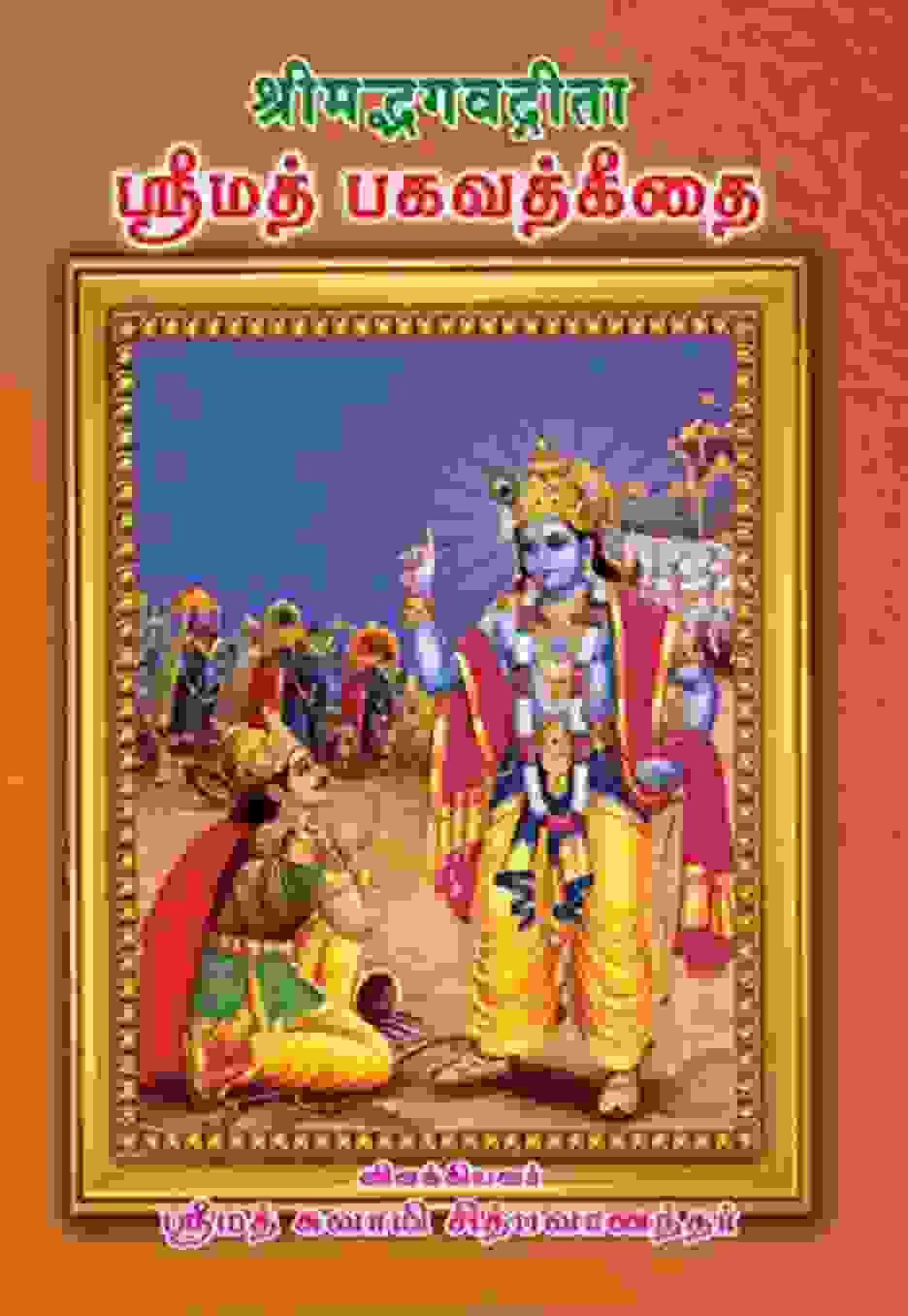 Shrimad Bhagavad Gita is considered to be the most sacred text in Hinduism. All these teachings given by Lord Krishna to Arjuna in the Mahabharata war have been included in this Book. There are a total of 18 Chapters and 700 Verses in Gita.

The is made up of 18 chapters. Holy Book has been written by Maharishi Ved Vyas in the Sanskrit language. it has also been translated into the Tamil language, whose PDF we have shared with you today.

The exhortation given by Lord Krishna to Arjuna just before the start of the Mahabharata war is known as Shrimadbhagavadgita. Like Upanishads, and Dharmasutras, this book has got the same place.

That is why Bhagavad Gita is also called Gita Upanishad. During the war of Mahabharata, when Arjuna refuses to fight, then Shri Krishna preaches to him and makes him aware of the true knowledge of Karma and Dharma.

These teachings of Shri Krishna have been compiled in a book called “Bhagavad Gita”. When the Kauravas and the Pandavas come face to face in the Kurukshetra war, Arjuna refuses just before the war begins.

See also  Bhagavad Gita As It Is PDF

it is said that Gita’s teachings were also given to the Sun God before Arjuna.

What do we Read from the Gita?

If you benefit from reading any book, then you should definitely read that book. In the Gita, there has been talking of knowledge. And the principle of Dharma Karma has been told which is very important for any human being to know.

The mind can be awakened even by reading a book, and every verse of the Gita has been written keeping this direction in mind. Many types of important principles have been told in the Gita.

Not only every Hindu, but every human should study such texts including Gita at least once, because studying these texts has a positive effect on you. And all kinds of negative thoughts go away.