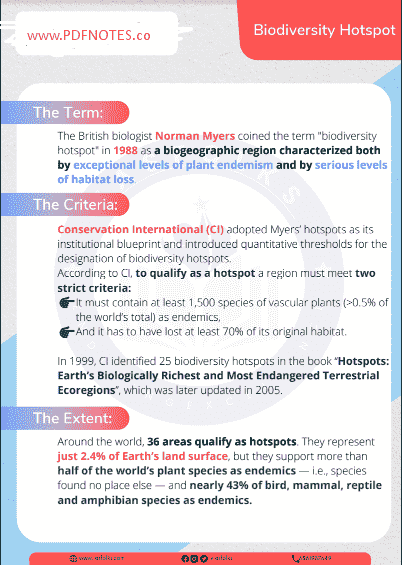 Download PDF of Biodiversity Hotspots of India For UPSC Exam

The British biologist Norman Myers coined the term “biodiversity hotspot” in 1988 as a biogeographic region characterized both by exceptional levels of plant endemism and by serious levels of habitat loss.

Around the world, 36 areas qualify as hotspots. They represent just 2.4% of Earth’s land surface, but they support more than half of the world’s plant species as endemics — i.e., species found no place else — and nearly 43% of bird, mammal, reptile and amphibian species as endemics.