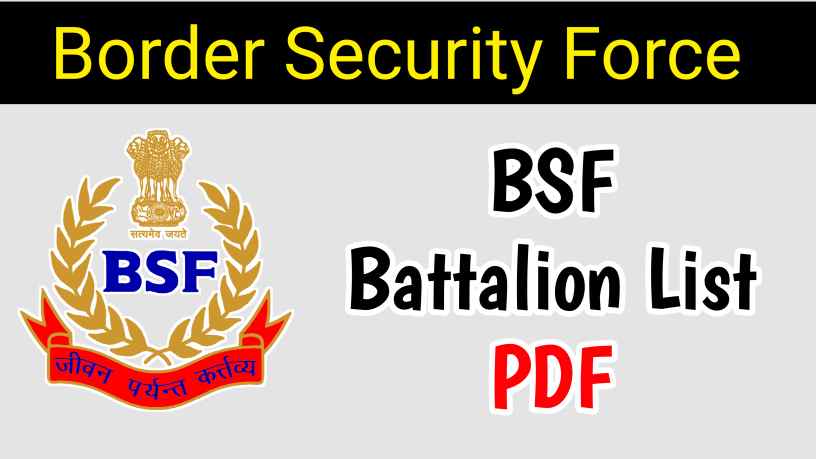 Border Security Force is a major paramilitary force of India. It was formed on 1 December 1965 to keep a constant watch on India’s international border. At present, a total of 192 (3 NDRF Bn) Battalions are providing their service on the international borders. If you all want to download BSF Battalion List PDF, then below the article you are being provided direct link.

India’s Border Security Force is providing its service on the border with Pakistan and Bangladesh. After being formed on December 1, 1965, this year it had 25 Battalions. At present, this Central Armed Police Force has 192 Battalions and more than 270,363 personnel are providing service to this CAPF.

Functions and Responsibilities of BSF