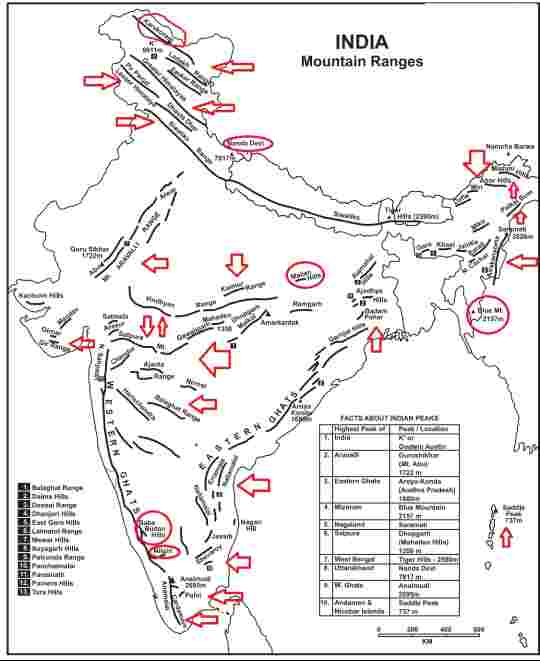 The Indian Mountains have a direct impact on India, because this mountain range also affects the weather.

Today I am going to give you Indian Mountains Map at the bottom of this article, which you can download from the given link.

Mountains of India can be divided into many parts.