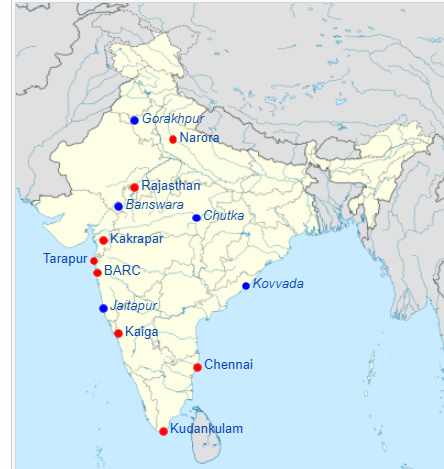 Nuclear power is the fifth-largest source of electricity in India after thermal, hydroelectric and renewable sources of electricity. As of March 2017, India has 22 nuclear reactors in operation at seven sites, having an installed capacity of 6780 MW.

Which is the first nuclear power plant in India?

Which is the biggest nuclear power plant in India?

Where is Headquarters of NPCIL?

The Headquarters of NPCIL is located in Mumbai, Maharashtra

What is the full form of NPCIL?