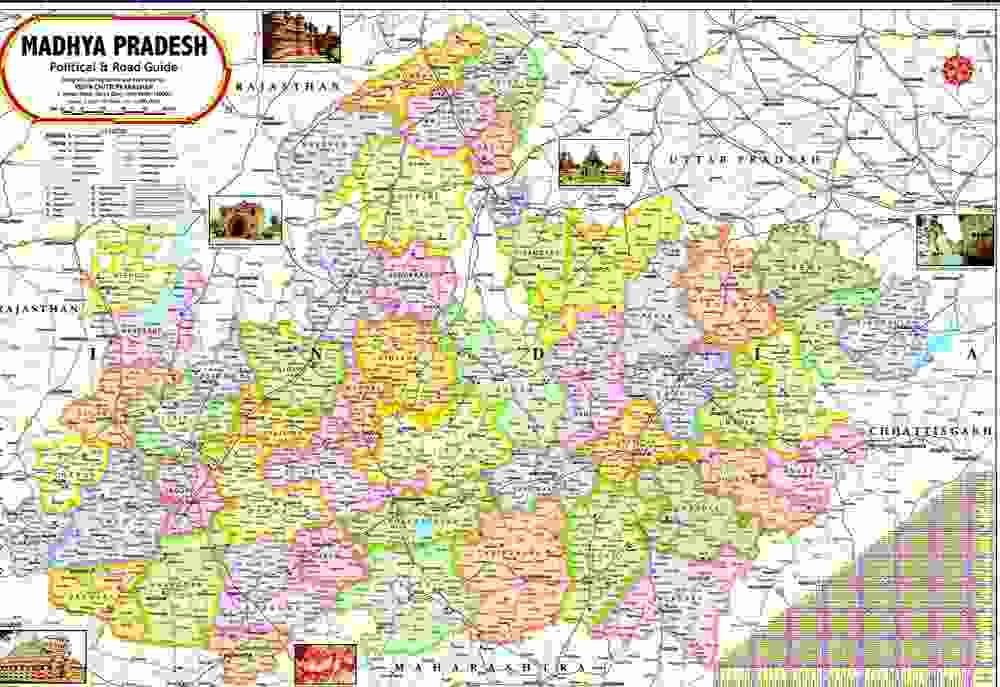 Madhya Pradesh is situated right in the middle of India. Its capital is Bhopal. This state is the second largest state in terms of area and fifth largest in terms of population. Madhya Pradesh is bordered by Uttar Pradesh in the north, Maharashtra in the south, Gujarat in the west, Chhattisgarh in the east and Rajasthan in the northwest. If you want to download HD PDF of Madhya Pradesh State Map, then click on the link at the bottom of the article.

The state of Madhya Pradesh was formed on 1 November 1956, its capital is Bhopal. Indore is the largest city of MP. The city has also got the status of cleanest city. Administratively, Madhya Pradesh is divided into the following divisions-

At present, the Chief Minister of the state of Madhya Pradesh is Shri Shivraj Singh Chouhan, the Governor is Mangubhai Chhaganbhai Patel. There is a unicameral legislature here. There are a total 230 seats in the assembly. Apart from this, there are 29 Lok Sabha seats and 11 Rajya Sabha seats.

Hindi is the official language of this state. Almost all the people here use Hindi.

Before independence this state was known as Madhya Bharat. At that time its capital was Nagpur. After independence, on 1 November 1956, Madhya Bharat, Vindhya Pradesh and Bhopal were included in the state of Madhya Pradesh. And by adding Nagpur to the Marathi-speaking southern region of Vidarbha, it was included in the Bombay state. Earlier Jabalpur was the capital of this state. But later Bhopal was declared the capital of the state. On 9 November 2000, Chhattisgarh was separated from the state of Madhya Pradesh.