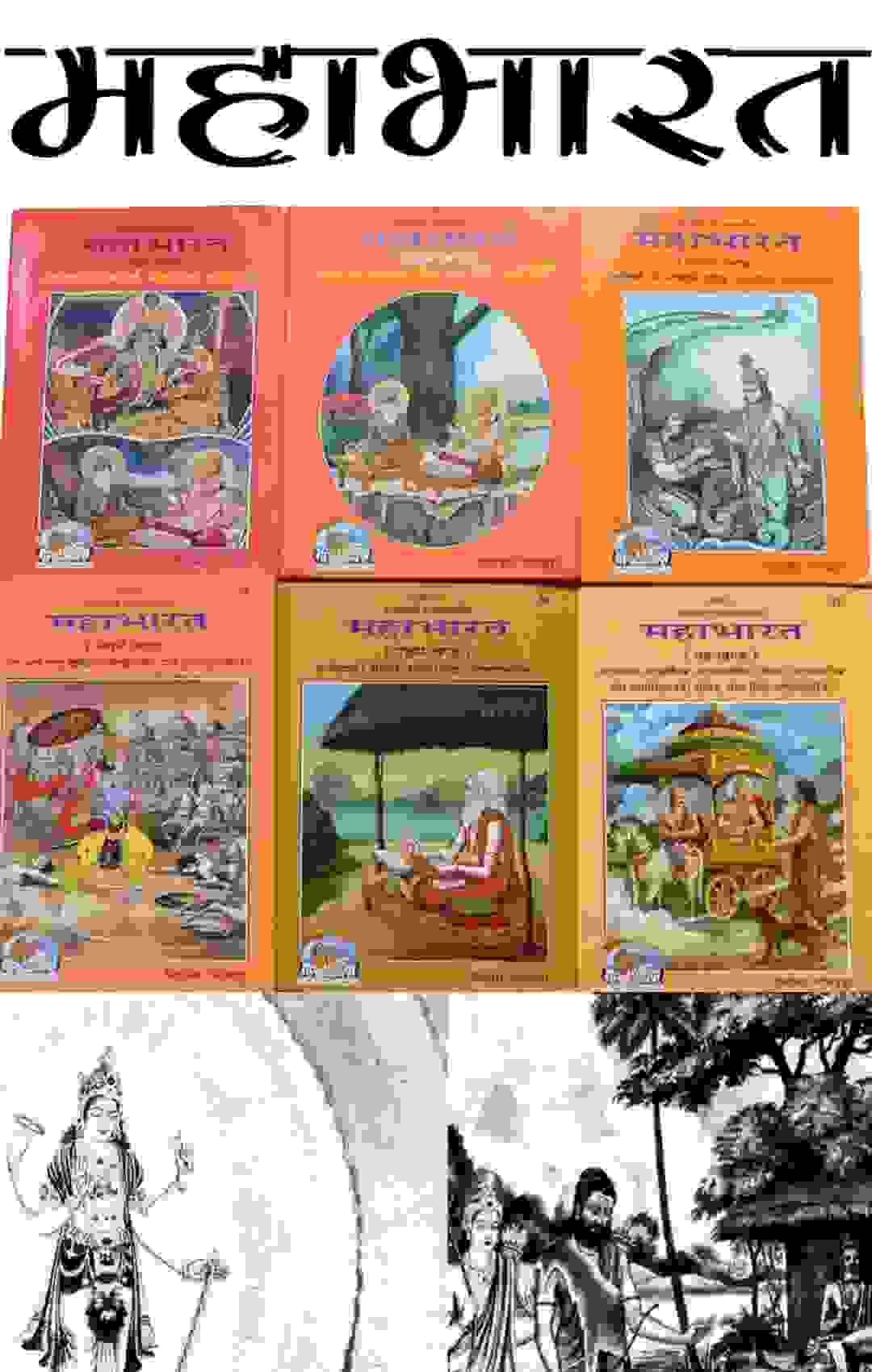 Mahabharata is one of the famous texts of Hindus, written by Maharishi Ved Vyas Ji. This holy book is a storehouse of invaluable gems of Indian Sanatan Dharma.

in this book the Kaurava Pandavas and Mahabharata war has been described in detail, apart from this Ved Vyas Ji described the secrets of the Vedas, the complete essence of the Upanishads and the Puranas.

The Kauravas had snatched everything from the Pandavas to Hastinapur, Indraprastha, and the Pandavas also went into exile, even after this they were not ready for war, but only after the persuasion of Lord Shri Krishna, the Mahabharata war started.

If you want to download the entire Sampoorna Mahabharat in Hindi PDF, then click on the link given at the bottom of this article.

The main chapters present in the Mahabharata story