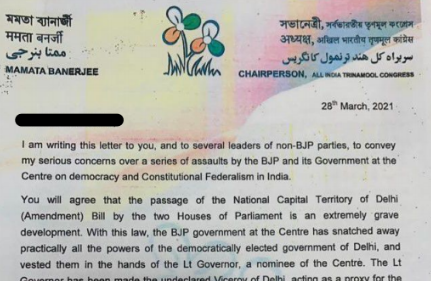 In her letter, Mamata listed seven points to highlight how the BJP has been allegedly creating issues in states ruled by opposition leaders. The West Bengal chief minister said the BJP wants to make it impossible for non-BJP parties to exercise their constitutional rights and freedoms.