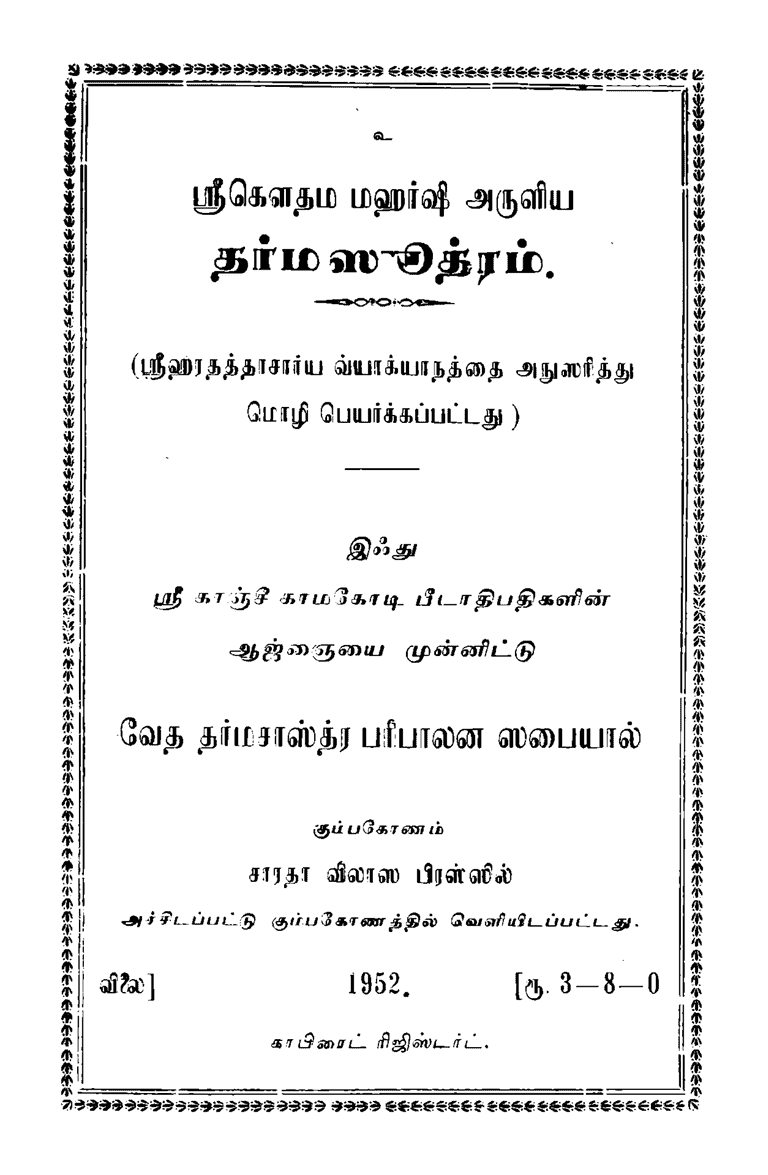 Manusmriti PDF in Tamil: or Manu Dharma Shastra (மனு தர்ம சாஸ்திரம்) is such a book, in which there is a collection of arrangements for the operation of the society. The rituals, ceremonies, duties, rights, laws, conduct, virtu, and morals that Hindus should follow from birth to death are all described in Manusmriti. That is, it is the first constitution for human society.

In 1794, this religious book was translated from Sanskrit into English by Justice Sir William Johns of the Calcutta High Court. There are a total of 12 chapters in Manusmriti, in which the number of verses is between 2684 to 2964.

Manusmriti is composed by Swayambhuva Manu. According to many facts, Manu was born around 9500 BC. According to this, Manu Smriti is about 10000 years old.

According to Hindu scriptures, 14 Manus have been mentioned

It is said that Swayambhuva Manu is the Manas son of Brahmaji. And it was he who composed the Manusmriti. But later on, the 14th Manu Indrasavarni modified it. Although some people believe that its creator is the seventh Manu Vaivasvat. But most scholars consider Swayambhuva Manu to be its author.

Importance And Benefits Of Reading Manusmriti

It is said that a person who reads this book extensively, what does that person get about the 10 signs of Dharma.

Patience, forgiveness, restraint, not stealing, pure from inside and outside, always keeping the senses under control, increasing intellect through good deeds, earning knowledge, always practicing truth, and not getting angry. These are the 10 signs of Dharma.

According to Manusmriti, every person is a Shudra at the time of birth, but can also become a Brahmin because of his best deeds.

Another popular thing that has been said in Manusmriti, is that a person should not give his stale food to others.