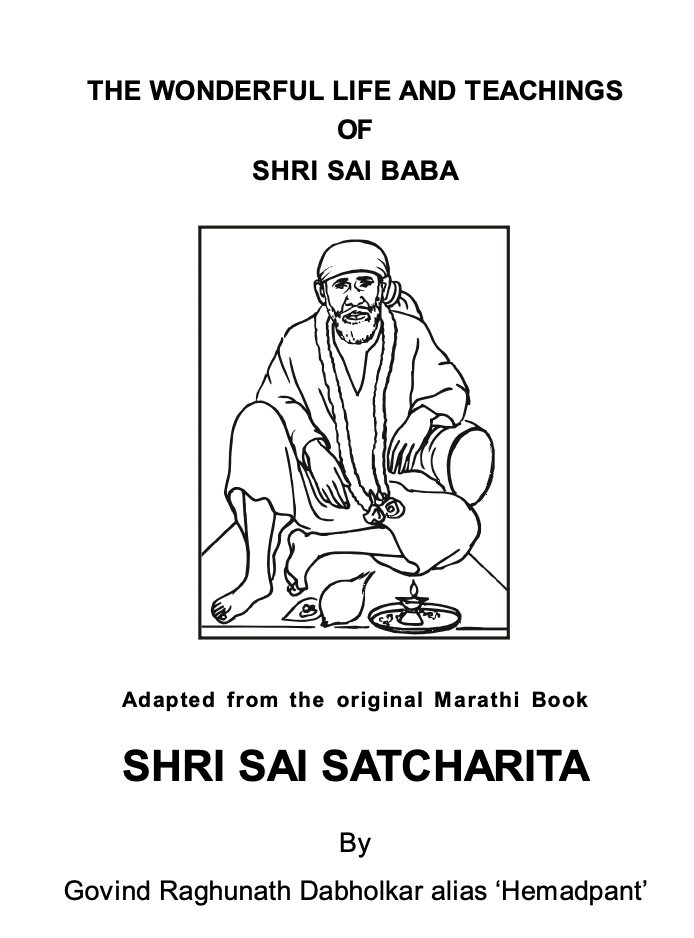 Hello friends, today we have brought for you the PDF of Sai Satcharitra which is a biography based on the true life stories of Sai Baba of Shirdi.

Which was published by Govind Raghunath Dabholkar Hema Pandit in Marathi language in 1930, and since then in 1944 in English language.

And after that it was also translated into many languages ​​like Hindi Gujarati Kannada Tamil Telugu Hindi and Bengali Oriya Nepali Punjabi and konkani.

No one knows where Sai Baba ji was born and who were his parents because there is no authentic document for it. But Sai Baba was brought up by a Muslim fakir and later he started living in a mosque, he was generally known as a Muslim fakir.

He used to constantly remember Allah, he used to say that Allah is the master. Although he has emphasized the unity of all religions and has also given place to different religions in his shelter, his followers were Hindus, Muslims and people of many religions, he used to celebrate religious festivals of Hindus.

There are 52 chapters in Sai Sachcharitra. In which there are discourses based on many experiences of the devotees of Shri Sai Baba during his life on earth.

It is believed that Sai Baba wrote this through Annasaheb Dabholkar Hema Pandit giving him an internal inspiration, Baba told him that I write my own life.

Listening to my stories and teachings will instill faith in the hearts of the devotees and help them Self-realization and bliss will be achieved easily. Sai Satcharitra is no less than the Vedas for his devotees.

If the download link givn post is not working or if any way it violates the law or has any issues then kindly Contact Us If this post contain any copyright links or material then we will not further provide its pdf and any other downloading source thanks you.