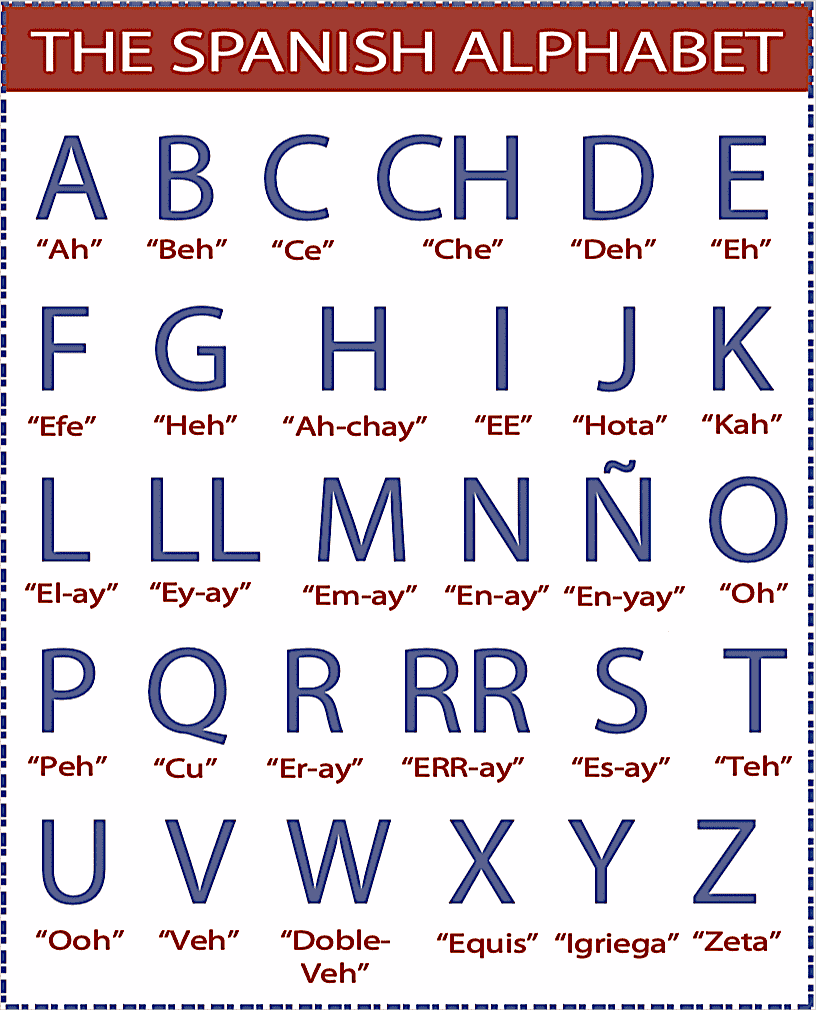 Spanish is also one of the most liked languages ​​in the world. People are very eager to learn it. For this you must first have the knowledge of the Alphabet. That’s why Today, we have shared the PDF of the Spanish Alphabet Chart with all of you, which you can download from the link given below the article.

Spanish is a language in the Indo-European family, which has more than 592 Million speakers around the world. For this reason, it is the fourth most spoken language ​​in the world after English, Mandarin Chinese and Hindi.

This language has the most native speakers after Mandarin Chinese. According to statistics, Spanish has more than 493 million native speakers. Español in 20 countries around the world Argentina, Bolivia, Chile, Colombia, Costa Rica, Cuba, Dominican Republic, Ecuador, El Salvador, Equatorial Guinea, Guatemala, Honduras, Mexico, Nicaragua, Panama, Paraguay, Peru, Spain, Uruguay and Venezuela It has got the status of Official Language.

In the recent census of the United States, it was seen that more than 40 million people use Spanish at home. According to this, America is the second most Spanish speaking country in the world after Mexico.

To learn any language, it is very important to have knowledge of the most basic unit of that language. Thus if you want to learn español language, you have to start with Spanish abecedario/ alfabeto. There are a total of 27 letters in the Spanish language, including 5 Vowels and 22 Consonants.

As you must have noticed that both English & español have the same 26 letters. But the Spanish alphabet has an additional letter ñ .

if you want to download full PDF of español abecedario or alfabeto Chart, Click on the link given below.