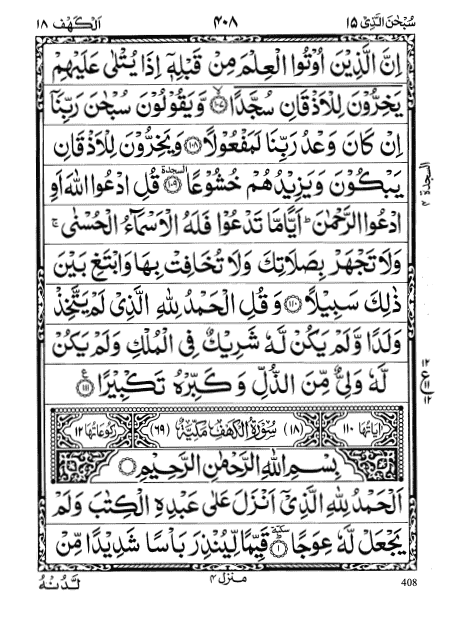 The meaning of Surah Al-Kahf in Arabic language is – The Cave. This is the 18th Surah of the Qur’an which has 110 verses. it was revealed in Mecca, instead of Medina.

Surah Al-Kahf tells the story of the Companions of Cave and their dispute, and their stay in that cave for 309 years, in addition, it tells about two people, the Believer and the Non-believer. Additionally the journey of Moses is described with a Slave of God.

In this surah, those who disbelieve in the Qur’an have been challenged and good news has been told for those who believe.

The holy people are said to be the guardians of the Prophet. Life on earth is said to be like water, wicked people are immersed in the fire of hell, and it is said that even if the sea were an ink, it would not be possible to see all the words of God.