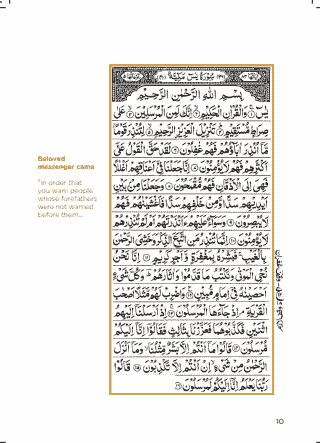 Download Surah Yaseen File From The Given Direct Downloading Link Below which Is Free For all Users.

you have been told about all the verses from 1 to 83, which is most important for you to know because you are going to gain knowledge in all the ways that will help you to move forward.

Sura Yaseen is the 36th chapter in the Quran, the holy book of Islam, it has a total of 83 verses. Surah Yaseen begins with Arabic letters which describe the sin, although the meaning of the letters of sin is debated among Muslim religious academics, followed by the mention of Muhammad. Surah Yasin warns of the fate of those who mock God’s mystery.

The present and future of fellow superstitious is told The Surah Yaseen depicts the full powers of the Lord and the sovereignty of the Lord through signs in nature.

Surah Yasin سورة يٰسٓ is also called the Heart of the Qur’an because it depicts the beginning of the Qur’an. It displays the essential themes of the Qur’an such as the sovereignty of God, God’s unlimited power, His creations, Heaven, non-believers, final punishment, resurrection. And besides this the struggle of believers against non-believers is also told.

Surah Yaseen depicts the Qur’an in a very powerful way and also Surah Yaseen claims that Mohammed was not a Poet but he was the greatest and last messenger of Allah, the Prophet. It also states that the teaching of Muhammad is beneficial only to the secret believers.