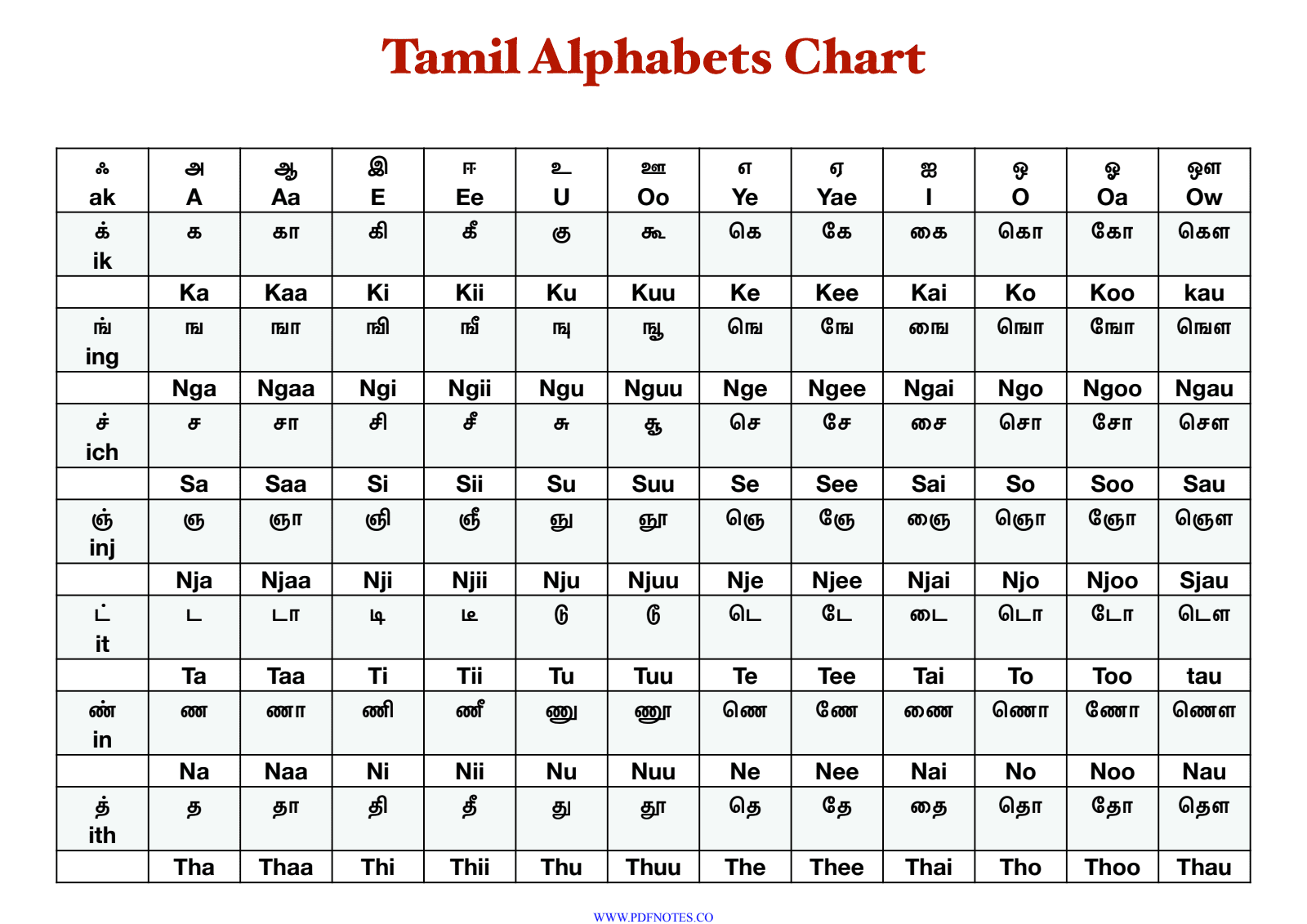 Tamil Alphabet PDF: Tamil language written in Tamil-Brahmi script is one of the oldest languages ​​in the world. Which is also part of the Dravidian language family. It is mainly spoken in the southern Indian states of Tamil Nadu and Puducherry. Apart from India, the Tamil language is used in Sri Lanka, Singapore, and Malaysia. Even in Sri Lanka and Singapore, it is included as an official language.

According to current statistics, about 68 million people use Tamil as their mother tongue. It is also the administrative language of the southern Indian state of Tamil Nadu. Which was given the status of classical language by the Government of India in 2004.

There are a total of 247 letters in the Tamil language alphabet. In which there are 12 vowels, 18 consonants, 216 Combinant Letters, and one special character (ஃ). 216 letters are made up of combinations of vowels and consonants.

The letters that are spoken freely are called vowels. These sounds are pronounced without any hindrance. Tamil Vowel letters are called uyir eluthukkal. The number of Tamil vowels is 12.

The letters spoken with the help of vowels are called consonants. when we utter these types of sounds, there is a blockage in the air passage by some particular organ inside the mouth. Tamil consonant letters are called mei eluthukkal. The number of Tamil Consonants is 18.