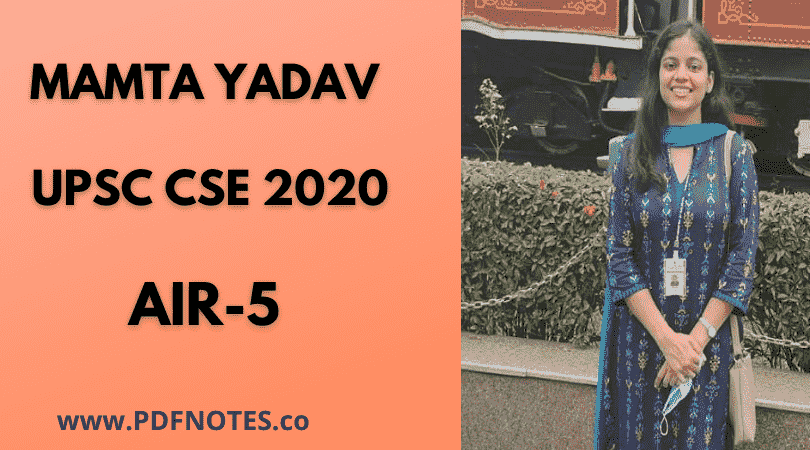 Mamta Yadav is a 24 year B.SC (Physics Honors) graduate student who cracked UPSC Civil Services exam in 2020 and secured 5th rank she secured AIR 5th rank among women in country’s toughest examination. she is a resident of Mahendragarh (Haryana) completed her graduation in Physics from Hindu College (DU). Soon after she completed her graduation, she appeared for UPSC Civil Services exam.

Mamta Yadav, originally a resident of Mahendragarh, Haryana, had secured 556th rank in 2019 in her very first attempt and was training for Indian Railway Personal Services, but her goal was to become an IAS by getting a good rank. This was the reason that along with training, she continued her preparation and finally her hard work paid off. Mamta says that by going to the civil services, there will be a chance to serve the country and the people.

Mamta’s father Ashok Yadav works in a private company and mother Saroj Yadav is a housewife. Mamta’s elder brother is an excise inspector and is currently posted in Kolhapur. Mamta’s entire education was done in Delhi itself. she studied till 12th from Balwant Rai Mehta School in Greater Kailash and then did Physics Honors from Hindu College, DU.