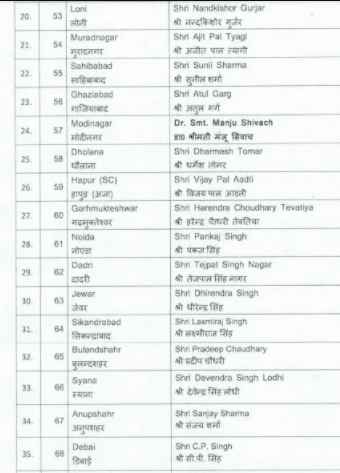 People living in Uttar Pradesh were waiting for UP BJP Candidate List 2022 for assembly election a long time. Union Minister Dharmendra Pradhan has released the list of 107 candidates for Phase I and II.

This time the Bharatiya Janata Party has cut the tickets of 20 MLAs.

It was being speculated that Adityanath is going to contest elections from Ayodhya this time, but from today’s list it has become clear that CM Yogi Adityanath will contest from Gorakhpur city.

Apart from this, Deputy Chief Minister Keshav Prasad Maurya is going to contest from Sirathu in Prayagraj.