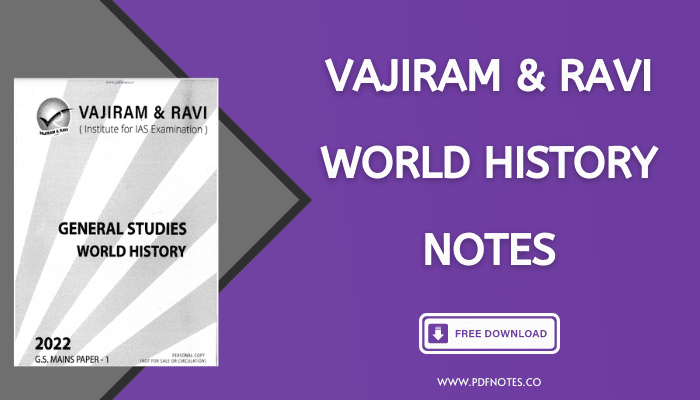 The UPSC prelims exam syllabus covers ancient India, medieval India, and modern India. But world history is only part of general studies paper 1 in the UPSC mains exam. Since the syllabus of this examination is very vast, strategically depending on the optional subject chosen by the candidate. If you have international relations in the form of history and political science, you can cover a good part of the world history syllabus.

Analyzing the previous year’s question papers, there are very few questions asked in UPSC exam from World History, as in 2018, no question was asked from this subject, whereas in 2017, and 2016 only one question was asked. That’s why many students do not waste time in studying world history subjects and pay more attention to other subjects.

THE SHORT 20th CENTURY – PART I THE WORLD WARS

THE RISE AND FALL OF EMPIRE

World History Notes Provided by Vajiram and Ravi is really helpful for cse mains examination, upsc does not ask for minor details from subject history in General Studies Paper 1, it demands a more communist approach than Indian history.