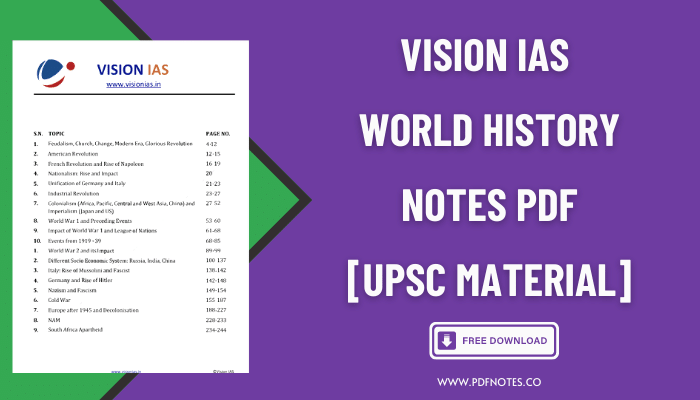 Today we have brought for you all Vision IAS World History Notes PDF Free Download [Printed Study Material] this pdf is best for UPSC Exam if you are one of those who are preparing for the UPSC CSE exam seriously then you must download it from the given link below. because it is important from the exam point of view.

World history or global history as a field of historical study examines history from a global perspective. It emerged centuries ago leading practitioners have included Voltaire, Hegel, and Arnold J. Toynbee. The field became much more active in the late 20th century.

The UPSC has mentioned the world history syllabus very briefly. Therefore, most of the questions in the main examination seem to be asked from outside the syllabus.

Vision IAS World History Notes pdf contains the following topic which is very essential for everyone who is preparing for CSE.