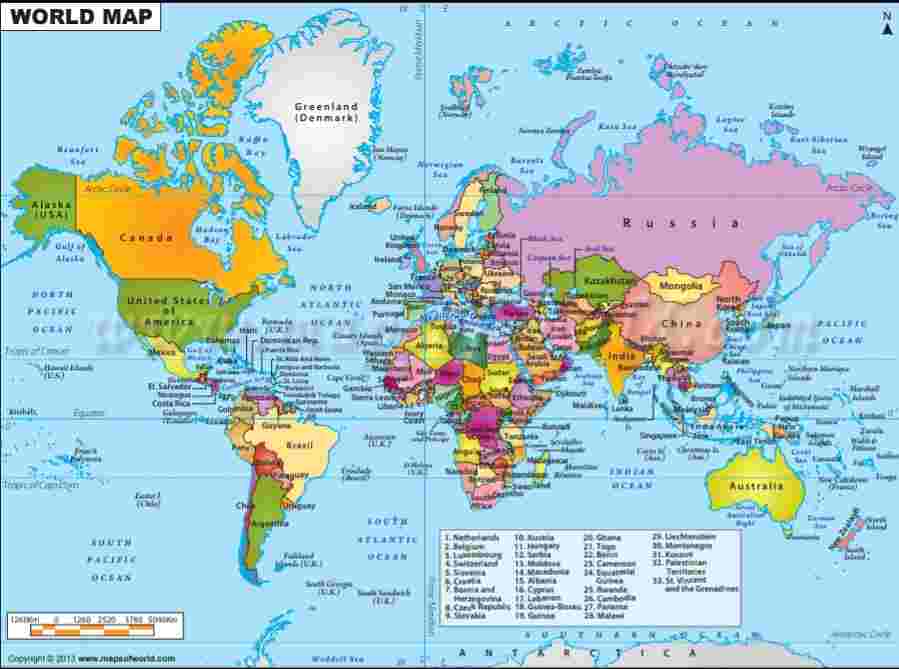 The World Political Map is such a map, through which the border of a country with another country is known. Apart from this, so much is revealed according to the continents of all the countries.