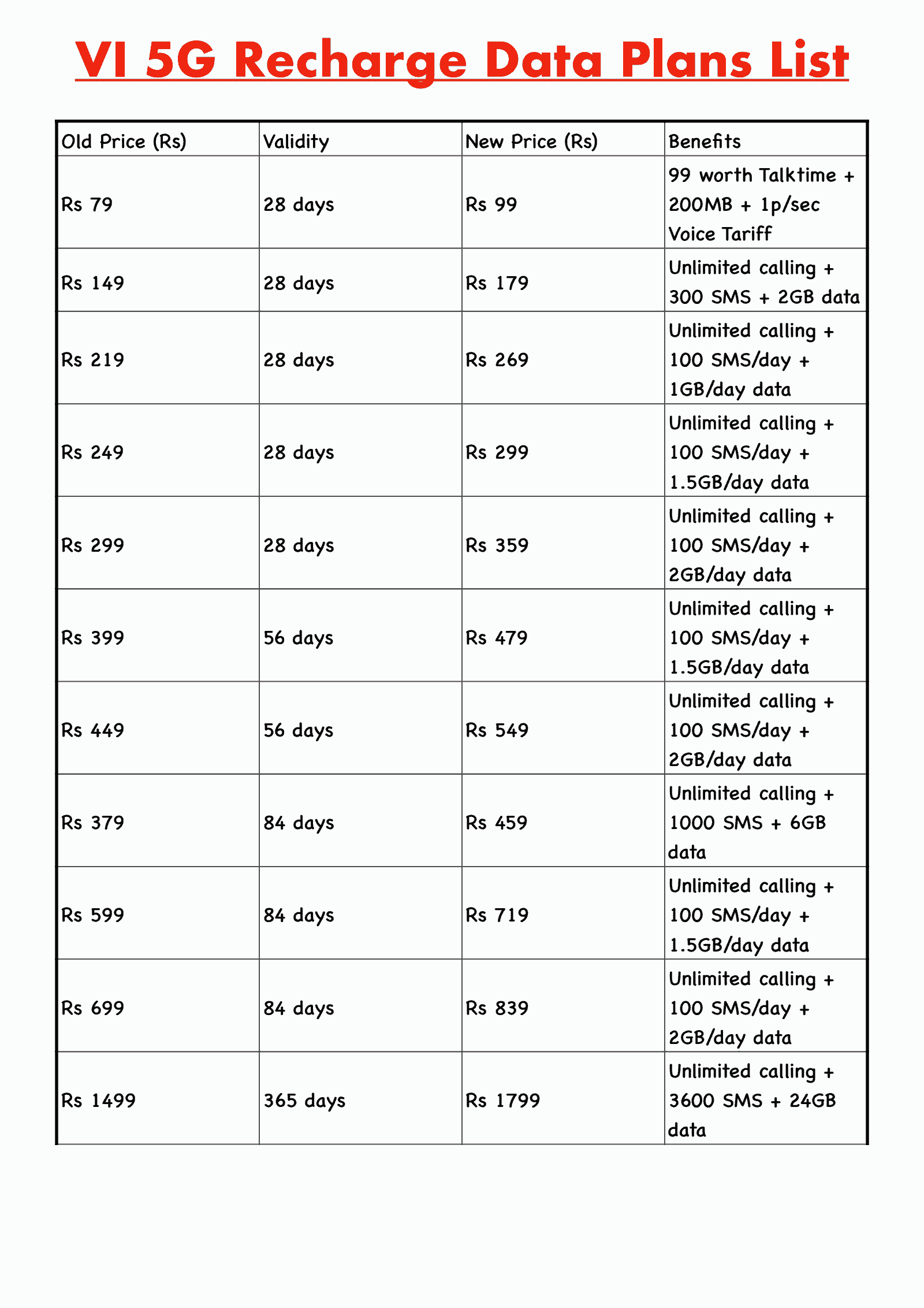 Vodafone Idea is the third largest telecom company in India. Which currently has a total of 25.92 Crore Active Subscribers. Despite being in debt, Vi can rollout 5G service this year. However, the company has not clarified any information about this yet. If you want to see the list of VI 5G Recharge Plans, then read the article given below carefully.

Vi has made it clear that 5G is like a marketing gimmick, in which there is a fear of not providing better service even after making a maximum investment. In the recently held Spectrum auction, Vi spent ₹ 188 billion for 5G spectrum.

Jio and Airtel have decided to roll out 5G service this month. However, Vi has not yet given any information about launching 5G. But he has said that soon the commercial 5G network will be rolled out in India.

Every telecom company is testing 5G network, Vi also conducted 5G trials with the help of Ericsson in Pune and Nokia in Gandhinagar. In which it achieved a maximum speed of 4.2 Gbps on 5G network.

Vi has already made it clear that the price of 5G Plans is going to be slightly higher than that of 4G. The company has not given any information about how much it will be. However, just as you get Weekend Rollout, Binge All night, Double Data Offers in Vi 4G, similarly, you will get to see great offers in 5G as well.