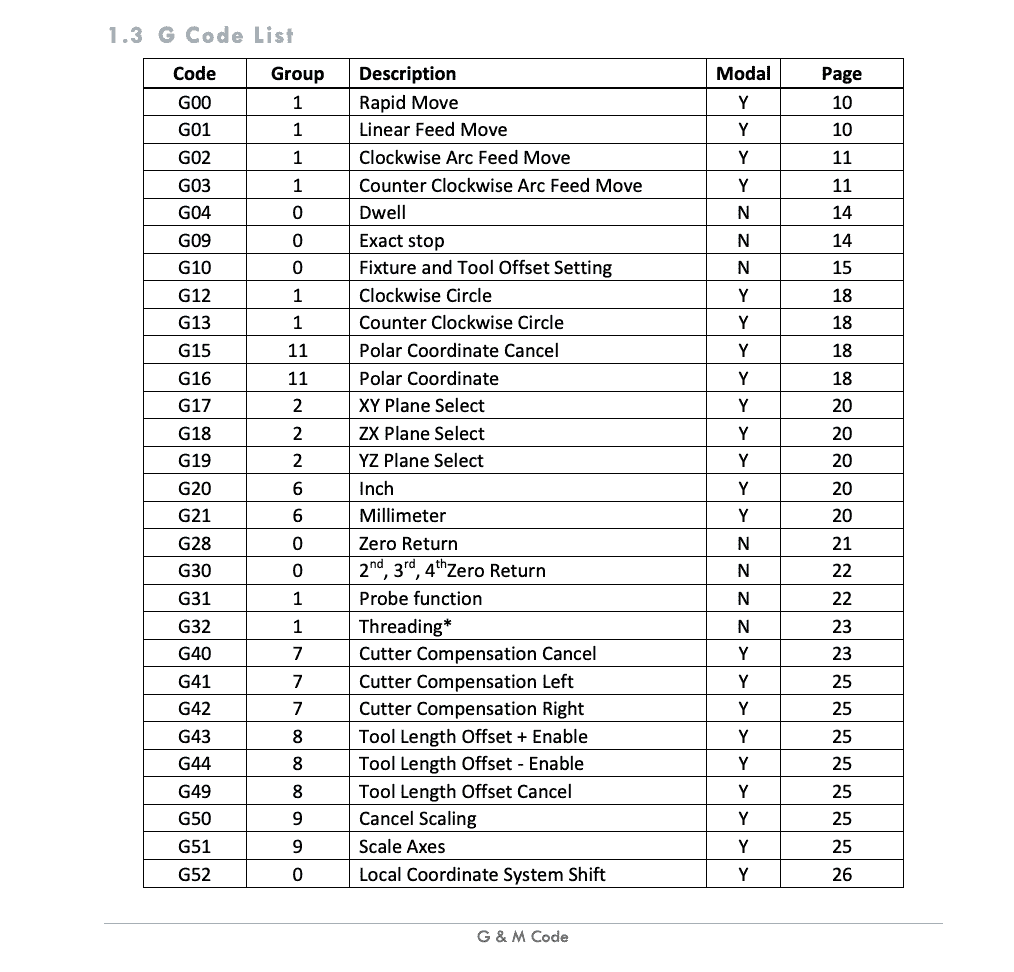 What is G Code?

G-code (also RS-274) is the most widely used computer numerical control programming language. It is used mainly in computer-aided manufacturing to control automated machine tools, and has many variants. G code instructions are first sent to a machine tool which tells the motors where to move, how fast to move and which position to go.

The two most common situations are that, within a machine tool such as a lathe or mill, a cutting tool is moved according to these instructions through a tool path cutting away material to leave only the finished workpiece and, an unfinished workpiece is precisely positioned in any of up to nine axes around the three dimensions relative to a tool path and, either or both can move relative to each other.

The same concept also extends to non cutting tools such as forming or burnishing tools, photo plotting, additive methods such as 3D printing, and measuring instruments. G code is used in programming language, whether it is commercial or non-commercial, what is its use in both.

G code was initially used as a limited language with loops, conditional operators, and programmer-declared variables with natural-word-including names