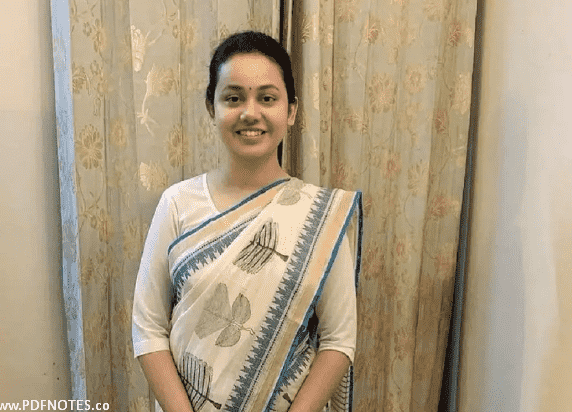 Ria Dabi is a 23 year Delhi University (BA Political Science) graduate student who cracked UPSC Civil Services exam in 2020 and secured 15th rank in CSE 2020-2021, She is a resident of Bhopal, Madhya Pradesh completed her graduation in political science from Delhi University . Soon after she completed her graduation, she appeared for UPSC Civil Services exam and cleared upsc in first attempt.

Her optional subject in upsc was PSIR (Political Science International Relations) and she did her schooling from Convent of Jesus & Mary, Delhi. after that she did her college from Lady Sri Ram College, Delhi University, Delhi.

she shared about her preparation in an interview, during the graduation she started preparing for upsc and also told she used to study 10-12 hours a day as she was preparing for the UPSC. In several interviews that she has given after ranking 15th, she admitted that her sister’s rank put her under pressure but it was more motivation than pressure, she said. There was no pressure from the family, she said.

Among the top rank holders of UPSC 2020, Ria Dabi grabbed much attention as her elder sister Tina Dabi was the UPSC topper of 2015. “I am delighted to share that my younger sister she has got rank 15 in UPSC 2020 exam,” the IAS officer posted on social media.

Both the sisters went to Lady Shri Ram College of Delhi University.

Tina Dabi was the first Dalit to have topped UPSC and that was the first reason why she became a celebrated IAS officer. Her marriage with another IAS topper Athar Ahmed was hailed as a symbol of communal harmony. The two IAS officers got divorced this year.