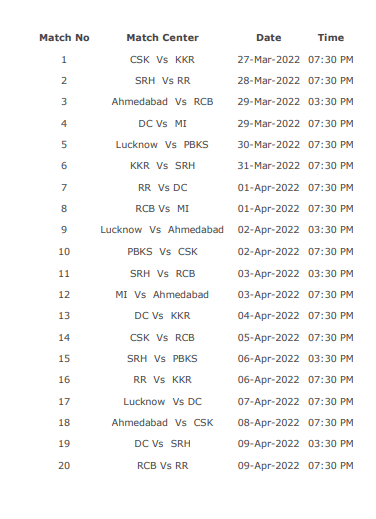 TATA IPL 2022 is about to start. For which all the Franchises have released the list of their Retained Players.

After IPL 2022 Mega Auction on 12th & 13th February, Indian Premier League 2022 Schedule has been released, for which you are being given a list in which all of you. Two new teams have also been included in this season. Lucknow Super Giants and Gujarat Titans are the two teams, which are going to play in the league this time. Altogether 10 teams are going to this time. This time IPL is going to be very special because this will go on for a long time. Because it is going to give a lot of fun to the audience

This time IPL is going to be held in India but due to Pandemic, IPL can also be done here in Dubai but no information has come about it yet. Its decision will be taken keeping in mind the situation to be taken.