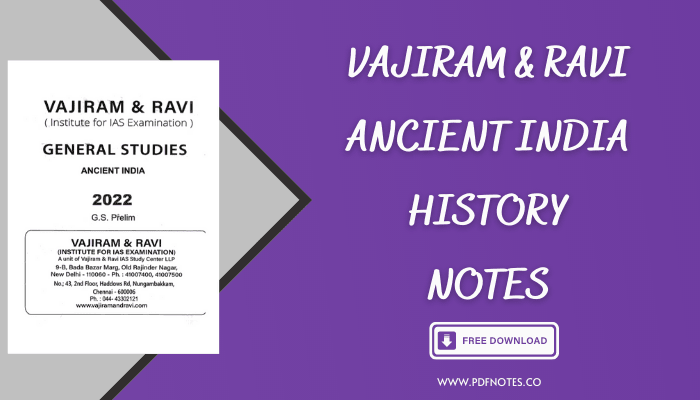 Ancient India is the Indian subcontinent from prehistoric times to the start of Medieval India, which is typically dated to the end of the Gupta Empire. History subject is present in both UPSC IAS Prelims and Mains. History is closely related to heritage and culture, an important part of it. History of ancient India is a very important subject to study in UPSC.

NCERT books are considered to be the most important source for history. Many UPSC aspirants are advised to read NCERT books, along with taking notes is an effective way to organize the study material.

Ancient History Notes by vajiram and ravi Covers most of the major history topics from the ancient Indian historical era to the beginning of the Middle Ages. UPSC aspirants must use these notes as well as NCERT books to cover the syllabus.