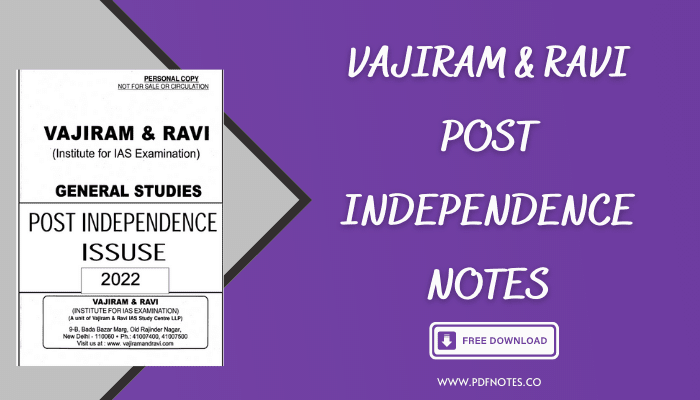 Post Independence is the subject of UPSC General Studies Paper 1, Syllabus as articulated by UPSC in just one line ‘Consolidation and reorganization within the country after independence’. Which UPSC does not specify any sub-heading or topic for the candidate to study. It has been 75 years of India’s independence since 1947 and there have been many changes in the country, there have been many such incidents which have shaped India to move forward.

India does not seem like one country. Yet there is a resilience about India which seems an assurance of survival. There is something which can only be described as an INDIAN SPIRIT

On the eve of India’s Independence, during the midnight session of Constituent Assembly on 14 August 1947, Jawaharlal Nehru, the first Prime Minister of independent India, delivered his famous speech “Tryst with Destiny”. In this, he spoke about the victory of India’s non- violent struggle against the British Empire as well as his dream of an Independent India. It is considered to be one of the landmark speeches of the 20th century.

With the increasing focus of UPSC on various aspects of Indian history, Post Independence Notes by Vajiram and Ravi has come up with focused yet comprehensive content. This book focuses on the important parts of the exam which are extremely useful and helpful for the preparation of various state service examinations. The presentation of the book is simple and student friendly. And the chapters are arranged deeply chronological and story-like for an interesting reading and easy retention.